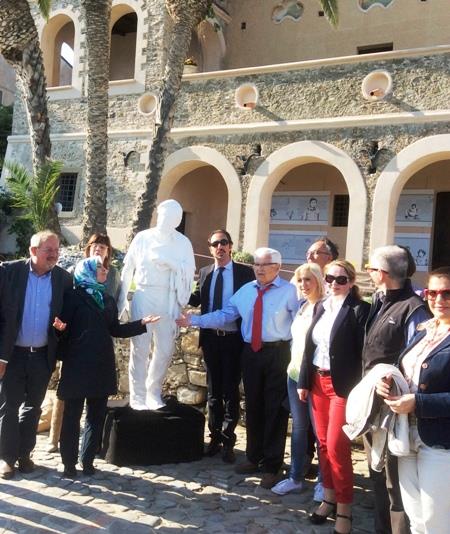 On Thursday 5 and Friday, May 6, 2016 the 6th Transnational Meeting of the countries that subscribed the Mediterranean Diet in the Representative List of the Intangible Cultural Heritage of Humanity of UNESCO took place in Naples and Pollica in Italy. Villy Fotopoulou, Director of the Modern Cultural Heritage and Intangible Cultural Heritage, Ministry of Culture and Sport, Amalia Liatou, agronomist - Ministry of Rural Development and Food and Vicky Iglezou, Director of the Maniatakeion Foundation attended, on behalf of Greece.

The Conference was held on the initiative of the Italian Ministry of Agriculture and Food in the context of the integration of the Italian term as coordinating country of joint "family" actions of the Mediterranean diet both on Ministerial as well as on Emblematic Communities level.

The work of the Conference began on Thursday, May 5, in the hospitable San Domenico Maggiore old monastery of Naples. The conference was chaired by Pasquale Giuditta, Director of the Ministry and Coordinator on behalf of the Italian side. He presented the work that the coordinating country had undertaken to carry out during its term, i.e. the White Paper on the Mediterranean Diet as well as its drastic activities in promoting the Mediterranean diet in EXPO 2015 held in Milan.

Then the representatives of the Ministries of seven countries presented the actions developed for the protection and promotion of the Mediterranean Diet as well as their synergies with other bodies of interested parties. 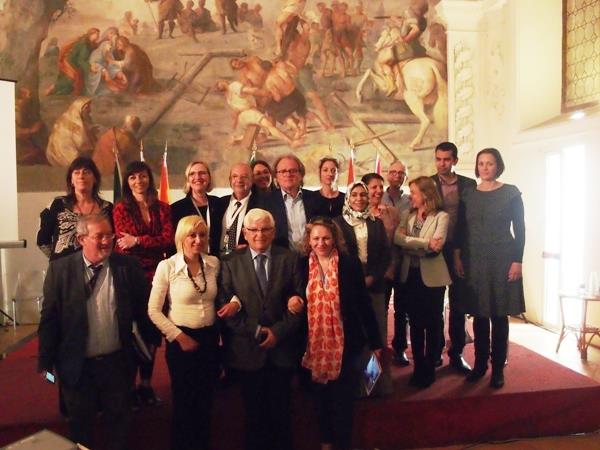 Then the representatives of the Emblematic Communities presented the actions carried out for the preservation and promotion of the Mediterranean Diet. The presentation of the Director of Maniatakeion Foundation, Vicki Inglezou, was entitled "The journey of the Mediterranean diet after its inclusion in the list of UNESCO: The narrative of the Maniatakeion Foundation as a technical advisor of Koroni-Emblematic Community of Greece". Her speech focused on the actions carried out by the Municipality of Pylos-Nestor and the Maniatakeion Foundation in collaboration with various institutions in order to ensure maximum sustainability of the Mediterranean Diet with the participation of the local community. She noted that the Emblematic Community embraces both traditional farming structures of local products and many other customs and traditions associated with eating habits, local food products and the element of intercultural and intergenerational exchange. Moreover, most social events are directly linked to a table. The sustainable management of natural resources has a long tradition in the community and affects the quality of life of current and future generations. In the globalized culture of junk food, the Koronians highlight their own culinary culture which is a local variety of the Mediterranean Diet. She furthermore pointed out that the registration of the item highlighted the direct and indirect economic and social benefits in terms of achieving sustainable development, competition, job creation, social inclusion, cohesion and innovation. She closed her speech underlining that the modern challenge is to highlight the Mediterranean Diet on such terms and conditions, so as to create a new relationship between society and nature ... and since cultural heritage is constantly recreated, it is up to the human creative power to overcome time and to build bridges for the future.

A symbolic ceremony was held and at the end of the Conference the coordination was handed over to Portugal, which now acting as coordinating country, will have to focus on finding European programs for the implementation of joint actions of the "family" of the Mediterranean Diet both on Ministerial and Emblematic Communities level.

The Municipality of Pylos-Nestor and the Maniatakeion Foundation, share the same vision of seeing the Mediterranean Diet as a key tool for development, and a special, unique lifestyle while highlighting the Greek historical, social, cultural wealth that forms it and promote cooperation among the Network among seven countries and their Emblematic Communities.