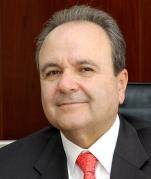 Dimitris Maniatakis was born in Koroni Messinia in 1939. He is an economist, entrepreneur, and has received an honorary Degree from Kingston University, England and has been awarded by the Athens University of Economics and Business for his contribution to the economic academic community and to market research. He has also been awarded with the highest honors of the Academic Council of the New York College given to leading personalities who are internationally distinguished in their field.

He is a founding member and CEO till 2005 of ICAP, the largest business consulting company in Greece that provides business credit risk services, management consulting services, market research and business listings and personnel selection.

He was the Managing Director of the Public Power Corporation SA of Greece during 2005 and 2006, whereupon he resigned. During his tenure at the PPC a number of significant reforms and projects concerning the reconstruction, transformation and internationalization of PPC were introduced and implemented.

He is an external member at the Council of Administration of the Technological Educational Institution since March 2012, where he promotes business plans by connecting curriculum with future needs of local economy.

He is the Secretary General of the Hellenic-African Chamber of Commerce & Development since January 2012 and promotes Greek exports and developing investment opportunities in African countries.

Since February 2009, he participates as a member of the Board of the "Relief Fund for Messenian Poor Students of the Metropolis of Messinia" with the objective of awarding scholarships to financially weak students in Higher Education.

He is member of the Boards of Directors of several companies, corporations and affiliations in Greece and abroad and his name ranks in the International Who Is Who Of Professionals.

He has given lectures and written many financial articles in newspapers and magazines in Greece and abroad. 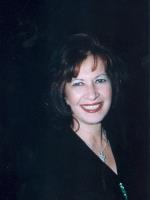 She graduated from the British College of Egypt and attended seminars in sociology and philosophy in Greece and abroad. She worked for several years at the Embassy of Saudi Arabia while teaching English, French and Italian.

She is a member of the National Society of Greek Writers (E.E.E.L.) and has written books of social content. She has also written articles, essays, studies in magazines and newspapers and has given lectures on philosophical content.

She attained distinction for her literary contribution and was awarded by the Society of Christian and Greek Letters for the trilogy of "Harmonization", "Well Being" and "The Revolt of the Angels."

Her book "Diotima, a Search for Eternity", which was a great success, has its roots in Plato's "Symposium". .

Her writings are popular at home as well as abroad. Her book "Acrobats of Chaos" was translated in Italian by the University of Rome "Tor Vergata" and presented at the Association of Philosophical Letters of Verona.

The book "Kalliyevston" which she wrote with Anthi Vretta was one of the main highlights in supporting the registration of the Mediterranean Diet in the representative list for the Safeguarding of the Intangible Cultural Heritage of Humanity by UNESCO and the proclamation of Koroni in the Flagship Community.

She is also the author of "Koroneiko Symposium: Traditional Recipes & Customs of Koroni". The book was written in view of the first official meeting of the flagship Communities on the Mediterranean Diet which took place in Koroni in June 2011. The book contains recipes of Koroni, as well as the dietary customs and traditions of the region.