The ‘Future Leaders’ programme run by the global management consultancy firm, Hay Group, in collaboration with the Maniatakeion Foundation in Koroni, with the support of A.B. VASILOPOULOS, ATHENS BREWERY, PIRAEUS BANK and TITAN concluded on Sunday, 21 March, with a great success.

The ‘Future Leaders’ programme run by the global management consultancy firm, Hay Group, in collaboration with the Maniatakeion Foundation in Koroni, with the support of A.B. VASILOPOULOS, ATHENS BREWERY, PIRAEUS BANK and TITAN concluded on Sunday, 21 March, with a great success.

The programme aimed to draw up a strategic and business plan, focusing on two priorities: i) highlighting Koroni’s cultural heritage and ii) utilising that heritage to bolster the local community and economy.

The business plan was presented to representatives of the Maniatakeion Foundation, the Municipality of Koroni and other relevant agencies. It was an exceptional endeavour whose slogan was the phrase: “Koroni in our hearts”. It envisioned Koroni as a real place that provides its residents with a high standard of living, and visitors with an exceptional experience, given Koroni’s strong identity. The strategic priorities on which the business plan was based, were to highlight Koroni’s cultural dimension, to ensure environmental protection, to improve living standards for its residents, to bolster tourism, to nurture strategic partnerships and last but not least to develop the local economy. The business objectives were to improve the urban fabric, use renewable energy sources, develop cultural activities, improve social services, improve tourism services, develop new infrastructure and create communication and marketing services.

The outcome of the programme will be officially presented in Athens at the offices of the Hellenic Management Association on Tuesday 27 April. This event will be attended by a large number of businessmen, the aim being to attract investors.

A similar event will be held in Kalamata and at the Maniatakeion Foundation in Koroni. Local bodies and organisations will be invited to attend for a briefing as will all those who took part in implementing the programme. Guided tours, interviews and talks will be held. Some of the bodies and organisations which will attend include the Holy Metropolis of Messinia, the prefecture of Messinia, the Municipality of Koroni, the Messinia Chamber of Commerce, the Messinia Development Company, the Messinia Association of Agricultural Cooperatives, SYKIKI Central Fig & Nut Cooperatives Association, Kallikounis Beverages, the Koroni Cultural Association, the Koroni Tradesmen Association, the 26th Ephorate of Byzantine Antiquities, the 7th Ephorate of Antiquities, as well as the business coaches Eleni Primikiri, Asst. Manager of Piraeus Bank's Green Banking Operations Development Division and Panagiotis Tselikoglou, A.B Vasilopoulos’ Project Director who contributed to the programme by supporting and providing guidance to future leaders.

The Chairman of the Maniatakeion Foundation, Dimitris Maniatakis, thanked Hay Group and the future leaders for presenting their outstanding business plan and reiterated his belief that the programme will attract new investors and that those investments will bolster the local community and economy by capitalising on the area's cultural heritage and natural resources. He also mentioned that implementation of this plan needed the state’s support in the form of financing for infrastructure projects that will promote development of the area, building on and advancing the initiatives already taken by local bodies and organisations which are well-versed in local problems. 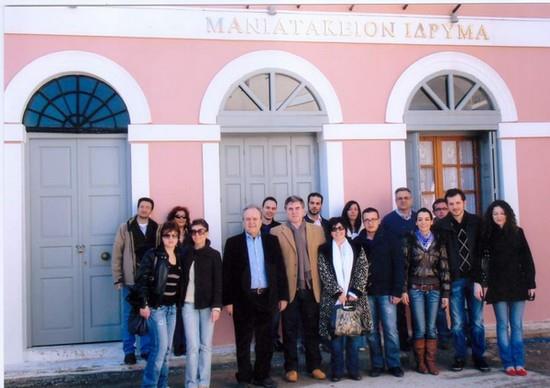 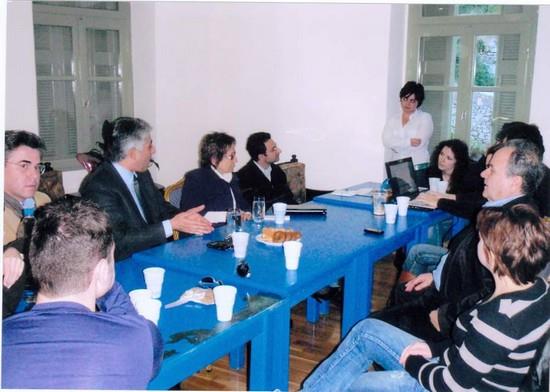