Greece Undertakes The Coordination For The Promotion Of The Mediterranean Diet

The Cyprus National Commission for UNESCO organized a coordination meeting for the protection and promotion of the Mediterranean Diet, between the member states which proposed the inscription of the element on the UNESCO Representative List of the Intangible Cultural Heritage of Humanity. The meeting took place in Agros (Cyprus) on April 27-28, 2014. 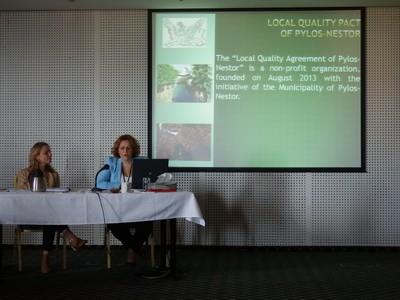 The Greek delegation was composed by Ms. Vicky Inglezou, Director of the Maniatakeion Foundation –representative of the Emblematic Community of Koroni, Ms. Villy Fotopoulou, Deputy Head of the Modern Culture Museums Department and expert in the Ministry of Culture and Sports, Ms. Amalia Liatou, agronomist –Ministry of Rural Development and Food, Ms. Chara Rokounaki and Mr. Aristeides Stamatakis, scientific collaborators in the Mediterranean Agronomic Institute of Chania.

· The 16th November 2010 inscription of the Mediterranean Diet in the UNESCO’s Representative List of the Intangible Cultural Heritage of Humanity and the declaration of Koroni (Greece), Cilento (Italy), Chefchaouen (Morocco) and Soria (Spain) as Emblematic Communities;

the delegations from Croatia, Cyprus, Greece, Italy, Spain and Portugal adopted the following:

· The group adopted the following logo:

· From 1st May 2014 to 30th April 2015, Greece undertakes the coordination of the group of countries participating in the inscription of the MD in the Representative List of Intangible Cultural Heritage. The Mediterranean Agronomic Institute of Chania was appointed as the focal point, since it has the necessary scientific and research experience;

· Greece, as the coordinator, has undertaken the project to create the common web site for the promotion and the safeguard of the Mediterranean Diet, in which the seven Emblematic Communities, government agencies as well as civil society groups will have the chance to present their actions;

· Each coordinating country will host the annual meeting of the Mediterranean Diet “family”;

· The 16th November was adopted as the Mediterranean Diet emblematic day for the seven countries;

· Italy undertook the project to develop a framework for a Mediterranean Diet “White Book”;

· Cyprus and Portugal will prepare a proposal for an annual Mediterranean Diet festival. 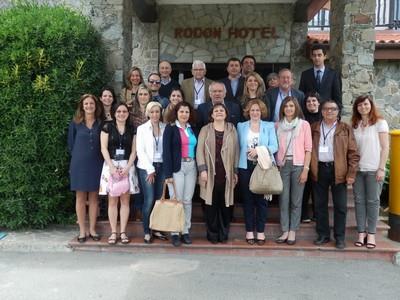