Cutting The New Year Pie Of The Maniatakeion Foundation

On Tuesday, February 4, 2014 the Maniatakeion Foundation cut the New Year’s pie at the "Athinaiki" Club. 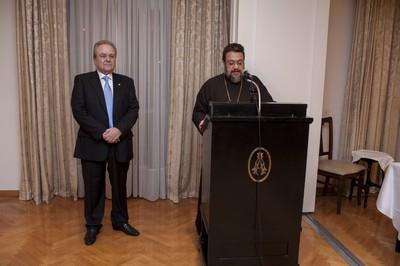 His Eminence Chrysostomos, Metropolitan of Messinia, was the keynote speaker at the event. After thanking Mr. Dimitris Maniatakis, Chairman of the Maniatakeion Foundation, he started his speech on "The role of NGO’s in the contemporary Greek reality: Problems and Prospects" referring to the centralistic development of public welfare institutions after the ’90s, which worked to the detriment of the quality of service resulting in mismanagement. He focused on the presence of new forms of non-governmental organizations of the 21st century, the so-called third generation, "which is no longer confined to represent the common interests of its citizens, but also to promote the participation of the citizens in common as well as fighting for a new configuration of public space wherein public power will be exerted by more participants." In conclusion he referred to the organizational structure, function and action that should be adopted by NGOs in order to become stronger, more rewarding and more profitable to society.

The Chairman of the Maniatakeion Foundation thanked all the guests for their presence and he referred to his collaboration with Dimitri Kafantari, Mayor of Pylos- Nestor, regarding the Mediterranean Diet as well as studies for projects for the preservation of the castle of Koroni. He thanked the Mayor of Kalamata, Panagiotis Nikas, for his response in placing the successful workshop "Past, Present and Future of the Energy Industry” under the auspices of the Municipality of Kalamata and also wished him good luck for the candidacy of Kalamata to be declared as the European Cultural Capital of 2021. He referred to the valuable work of Professor Petros Themelis, President of the Society of Messenian Archaeological Studies for enhancing the cultural heritage of Messinia and Achilles Constantakopoulos, the CEO of TEMES, who with Costa Navarino contributes to the visibility of Messinia abroad. He also asked the Chairman of the National Opera, Sakis Theodoropoulos, to host performances of the Opera at the castle of Koroni, upon completion of the works. 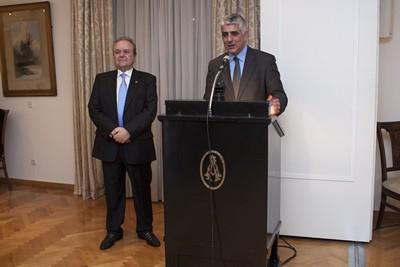 The Mayor of Pylos-Nestor, Dimitris Kafantaris referred to the contribution of the Maniatakeion Foundation and its founders for their initiatives regarding the development of the municipality and its wider region as well as for their cooperation in promoting the Mediterranean Diet.

His Eminence Mr. Chrysostomos, member of the Board of Maniatakeion Foundation, after wishing a good and productive year, cut the cake. 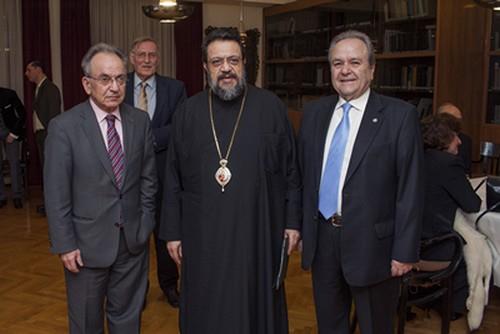 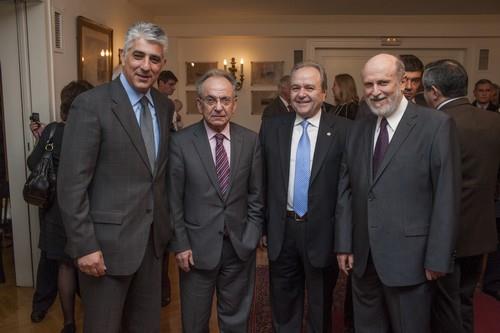 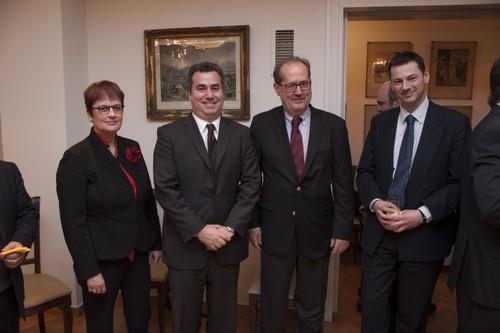 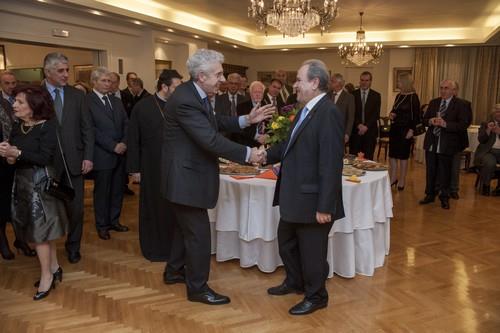 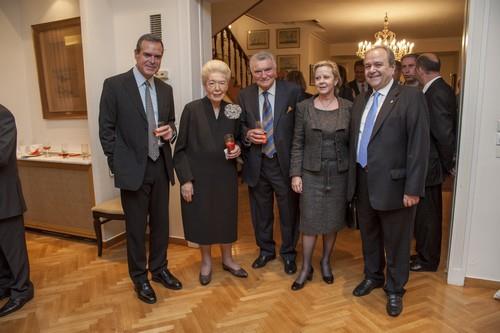 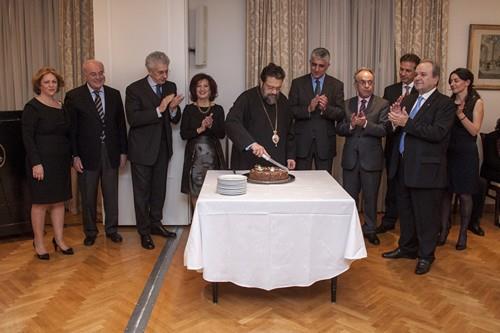 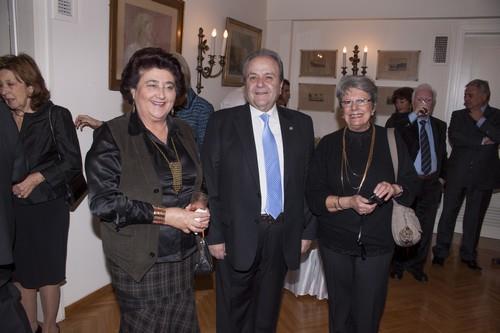 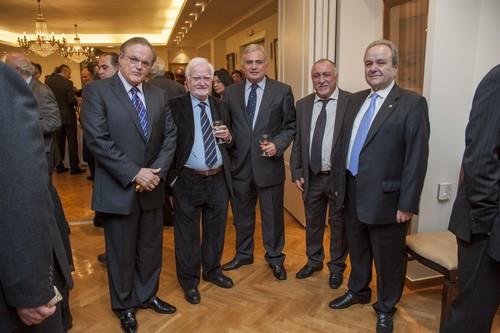 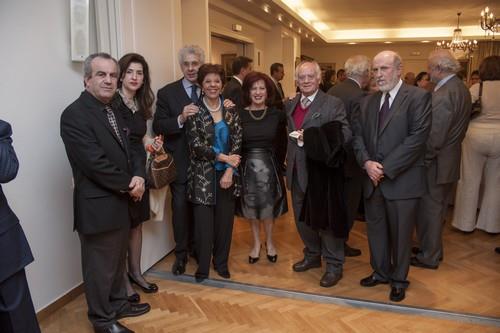