On the occasion of the cutting of the Maniatakeion Foundation’s New Year’s Pie at the Athenian Club on Sunday 7 February, Ms. Alexandra K. Vovolini, publisher and manager of the Economia Group talked about the role of public benefit foundations in the fields of development and culture.

On the occasion of the cutting of the Maniatakeion Foundation’s New Year’s Pie at the Athenian Club on Sunday 7 February, Ms. Alexandra K. Vovolini, publisher and manager of the Economia Group talked about the role of public benefit foundations in the fields of development and culture.

Mrs. Vovolini first thanked the Chairman of the Foundation, Dimitris Maniatakis, and then mentioned that the issue of public benefit foundations in Greece adds a note of optimism to the difficult days we are experiencing because of the acute economic crisis, and that their role was and will remain important in building modern Greece both in terms of development and in terms of contributing to cultural advancement. She stressed that early on she had realised the important role that various Greek benefactors had played because of Konstantinos and Spyros Vovolinis' involvement with history and journalism, which resulted in the Great Greek Biographical Dictionary. She went on to note that public benefit foundations abroad are so dynamic that there is great demand for postgraduate studies leading to masters degrees in voluntary administration. She then went on to refer to examples of benefactors and foundations which have played an important role: a) in development, such as Georgios Averof, the Zappas Family and Eugenios Eugenides, and b) in culture such as the Benakis Family, and Alexandra Trianti, among others. Concluding her address, she said that, ‘public benefit foundations were and continue to be multi-faceted tools for promoting diverse aspects of development, research and innovation, for preserving historic memory, for education and of course for employment,’ and referred to the international conference on ‘Historic Memory & Economic Growth’ organised by the Maniatakeion Foundation from 2-5.7.2009 in Athens and Koroni in Messina.

The Chairman of the Maniatakeion Foundation, Dimitris Maniatakis, reviewed the Foundation’s activities in 2009 and stressed that many foundations are today ‘dusty with cobwebs’ because Law 2039/1939 remains in force. It is an outdated piece of legislation, and it is not possible to move beyond the bureaucratic processes it establishes, which do not always guarantee meritocratic and transparent procedures. He proposed that a committee be established to draw up a new legal framework to govern such foundations, making them more flexible and allowing them to contribute to the further development of Greece and stated that he would be willing to participate in the committee.

Panagiotis Mylonas, the well-known musicologist and folklorist, explained to the public in his renowned silver-tongued manner how the tradition of cutting the New Year's Pie had come about.

The Former Speaker of the Hellenic Parliament and honorary citizen of Koroni, Dimitrios Sioufas, cut the Maniatakeion Foundation's New Year's Pie and wished everyone a happy and creative year, while also referring to the important role played by public benefit foundations.

The event was also attended by the Mayor of Koroni, Thodoris Salandis, the Secretary General of the Ministry of the Interior, Nikos Georgarakis, the parliamentary deputy for Messinia, Nadia Giannakopoulou, the former Minister of Agriculture, Georgios Drys, and many other friends of the Maniatakeion Foundation from the world of business and academia. 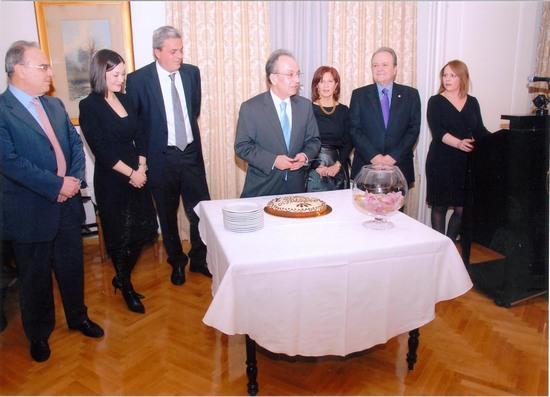 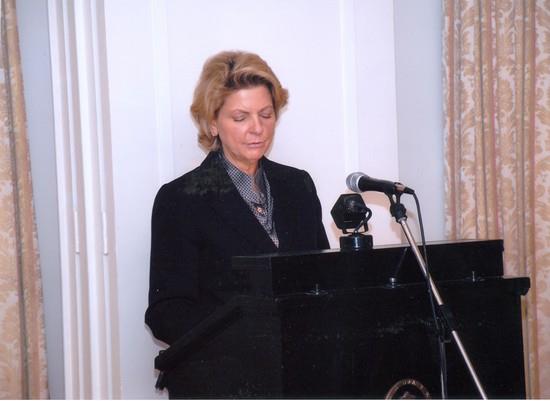 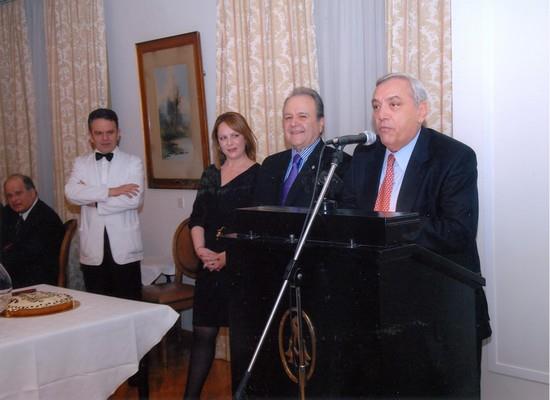 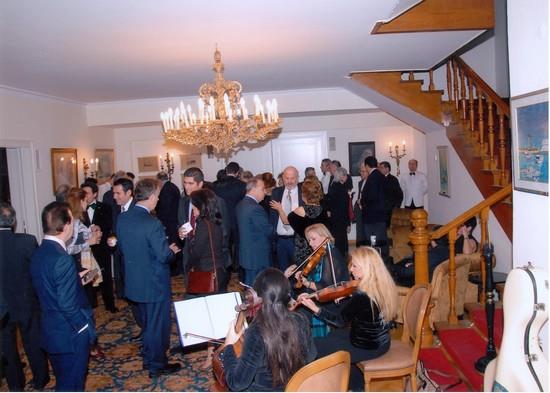