The Maniatakeion Foundation cut its New Year's cake on Wednesday, February 11, 2015 at the Athenian Club. It was a warm event with strong cultural character. 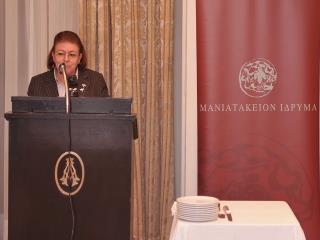 Dr. Lina Mendoni, archaeologist at the National Research Foundation and former General Secretary of the Ministry of Culture was the keynote speaker at the event. Her lecture was on "Culture as a tool for sustainable development of local communities".

Ms. Mendoni after thanking Dimitri Maniataki, President of the Maniatakeion Foundation , started her speech by stressing that culture is a social good and right, and constitutes the fourth pillar of sustainable development. She briefly referred to the work of the Ministry of Culture from 1999-2014, where interventions in enhancement projects, protection of cultural heritage reached EUR 2.5 billion. EUR. She explained the steps in which projects are carried out throughout the country and highlighted the way in which culture generates income. She focused on a sound management of culture and cultural heritage, their connection with tourism and that synergies between themselves as well as with other branches can play a catalytic role in sustainable development of local communities. She closed her speech by quoting two contemporary gurus of theoretical economy of culture, Sharon Jeannotte and Dick Stanley: "Striving to preserve our culture and sharing it with others, we not only express who we are, but how we live with our fellowmen. Therefore by promoting culture and cultural heritage, we maintain a strategic resource of equal importance with a nuclear arsenal or an oilfield". 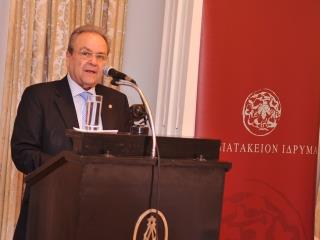 Dimitris Maniatakis, President of the Maniatakeion Foundation, welcomed the guests and referred to the Foundation's activities for the year 2014 and the role that public welfare institutions should play at times of economic crisis. He stressed that they constitute levers of diversified development, research and innovation, rescue of historical memory, education, employment, innovation and boosting entrepreneurship. He concluded his speech by saying that the strategy "He who does nothing makes no mistakes" does not apply to us. He thanked Dimitris Kafantaris, mayor of Pylos-Nestor Mayor for his close cooperation and also wished success to Kalamata for its candidature to be declared as European Capital of Culture 2021. 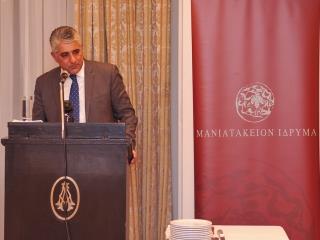 Dimitris Kafantaris, Mayor of Pylos-Nestor referred to the contribution of the Maniatakeion Foundation and its founders for their initiative regarding the development of the municipality and its wider region as well as for their cooperation for the promotion of the Mediterranean Diet.

His Eminence Chrysostomos, Metropolitan of Messinia and member of the Board of the Maniatakeion Foundation cut the New Year's cake and wished to all a prosperous and productive year.

The following guests attended the celebration: The members of the Board, members of the Advisory Committee, the Italian Ambassador Claudio Glaentzer and his wife, the Ambassador of South. Africa SR Makgetla and his wife, the v. President of the Hellenic Parliament and freeman of Koroni Dimitris Sioufas, the former President of the Academy of Athens Apostolos Georgiadis, MP and former Rector of the University of Athens Theodoros Fortsakis, the Academician and director of Greek Institute of Byzantine and Post-Byzantine Studies in Venice Chryssa Maltezou, the vice president of the Council of State, Michael Vrontakis, the governor of KAT Evangelos Voumvoulakis, the president of the Society of Messenian Archaeological Studies Professor Petros Themelis, the professors Antonia Trichopoulou, Nano Hatzidakis, Emmanouil Giannakoudakis and Alcibiades Costakis, Ministry of Culture Yannis Drinis, professors Andreas Karamanos and Georgia Xanthaki Karamanou, the president of the International Biopolitic Organization Dr. Agni Vlavianou Arvanitis, the General Secretary of OAEP Angelos Kotsiopoulos, the head of the Department of Underwater Antiquities Angeliki Simossi, the Messinian engraver Takis Katsoulidis with his wife Sonia, Mrs Efi Sartzetakis, Katerina Koskina director of the National Museum of Contemporary Art, the director of Ioannis F. Kostopoulos Foundation Hector Verykios, the Director of the Foundation Captain Vassilis Xenophon Kappas, officials from the Ministry of Culture and the Ministry of Rural Development and Food and many other friends of the Maniatakeion Foundation from both business and the academic circles. 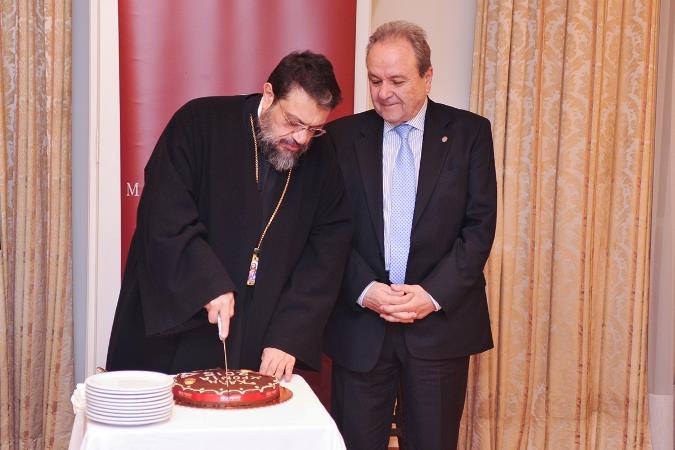 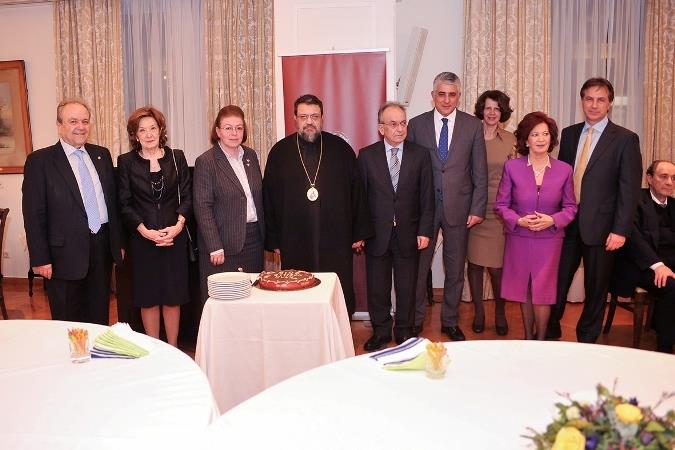 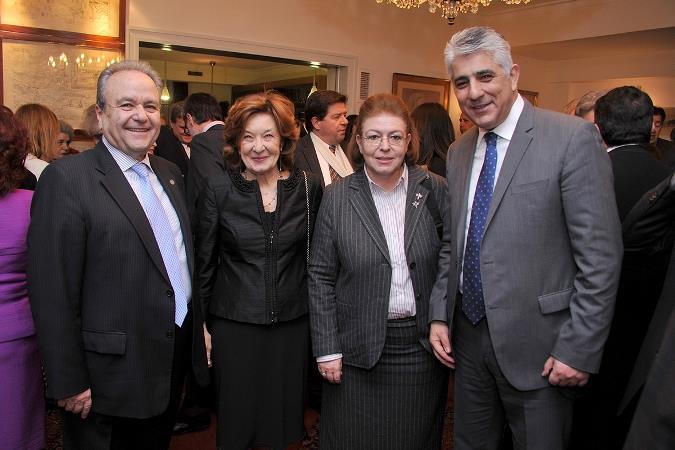 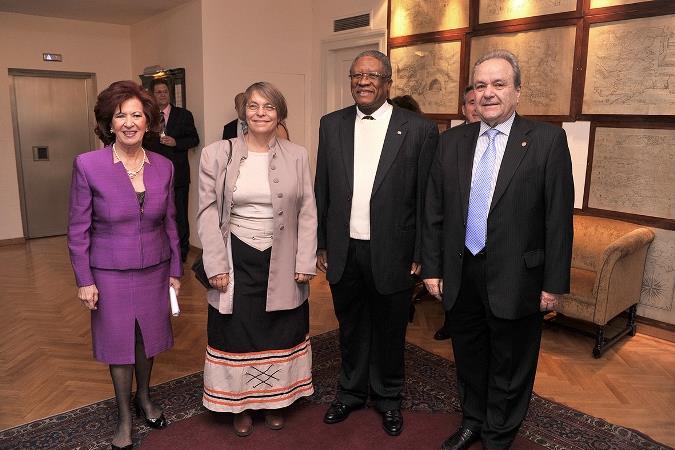