On Friday, November 29, 2013, the Conference entitled "Past, Present and Future of Electricity Companies" by the Maniatakeion Foundation was successfully carried out in the crowded main stage of the Municipal Theatre of Kalamata. This conference was held in the previous premises that had housed the Electric Company of Kalamata (1899) before its being purchased by PPC and was under the auspices of the Municipality of Kalamata as well as the support of D.E.I. 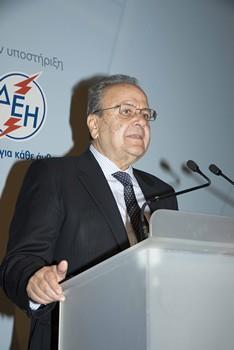 The Chairman of the Maniatakeion Foundation, Dimitris Maniatakis stressed that "the conference fully befits the purposes of the Maniatakeion Foundation which is to identify, promote and internationalize the comparative advantages of Koroni Messinia and its wider area through three pillars of action: cultural, development and social. We should emphasize that it is for the very first time that a conference on the history of electricity companies in Greece is showcased. It was an idea that was immediately "hugged" by the Mayor and became a reality after several months of preparation thanks to the unreserved support of the PPC." He called the meeting, noting inter alia the following: "The strategic geo-economic position of Greece in between energy producers in the Middle East, North Africa and the Caspian Sea, and over the key transit routes in the Aegean Sea and Eastern Mediterranean, render it a key energy hub between East and West. The promoted researches on undersea energy deposits in Greece as well as the planned submarine interfaces between Crete and Attica but also between Israel, Cyprus and Greece will further enhance the geostrategic position of our country. To conclude, I want to stress upon the fact that the Energy sector favors large private sector investment. The triptych a) energy efficiency, b) maximum utilization of clear energies sources and c) security of energy supply of the country at low prices for households and enterprises should be the main goals of our energy policy". 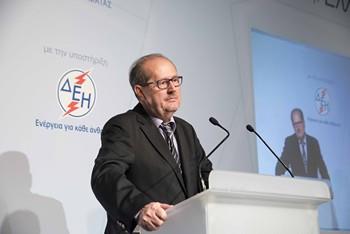 The Mayor of Kalamata Panagiotis Nikas featured this event historic because of its uniqueness. He paid tribute to the thousands of workers in the Energy sector, to those who gave their health as well as their lives "to achieve the great miracle of the electrification of the country in the decade of the 50's and 60's." He said that he had submitted a request to the President and CEO of PPC “to have a museum of electricity built, in a city with 92 schools and 12,500 children, in a city vibrant with life and optimism." He also spoke about the positive prospects of Messinia thanks to international airport links, as well as about the hotel units and those to be built and referred to the "benefactor of our region Captain Vassilis Constantakopoulos "who created the Costa Navarino. 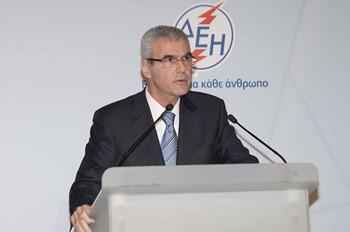 Undersecretary of PECA Asimakis Papageorgiou, stressed upon the fact that the extension of the gas pipeline in Peloponnese sprang from a question placed at that time by Deputy Antonis Samaras and presently Prime Minister. He stated that natural gas will come very soon in Kalamata and informed that the pipeline will be completed so far as Megalopolis by 2014. 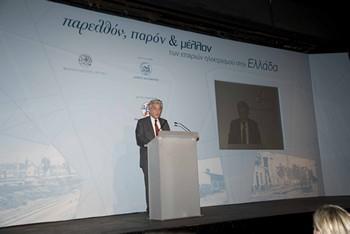 Chairman and CEO of PPC Arthouros Zervos reported the company's strategy, according to which the needs of the country's energy planning as well as the needs of consumers and the competitiveness of the company are being served. He stressed that "the PPC Group not only remains by far the largest investor in the country but also that the majority of productive investments is done in the remote Greek Region, the ones mostly hard hit by long-term unemployment and lack of new investment". Finally he referred to the social responsibility policy of the company for the active support of clients hard hit by the economic crisis. 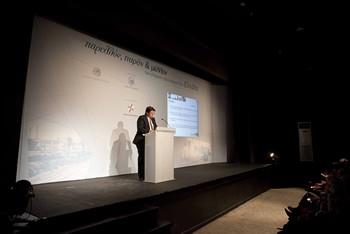 Antonios Natsikas, President of DESFA, made reference to the perspective of the advent of source gas in Kalamata and stated that the engineers of DESFA have collected all necessary data relative to medium and low pressure gas in the city and are working on it. DESFA is actually working out the study on behalf of DEPA and the Municipality of Kalamata has also assisted with the necessary information. 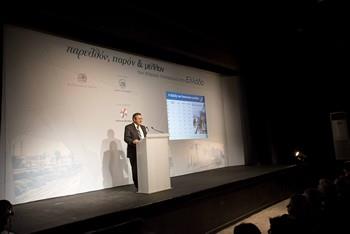 The workshop was very interesting and informative, especially regarding future prospects in the field of energy from natural gas as cheaper fuel in comparison to other clearer ones, up to smart grids, the "smart" networks that will bring about a revolution in electricity, data processing and internet. As George Kollias, President and CEO of HEDNO, noted out, smart grids are the only solution for a smooth integration into the electric grid of Renewable Energy. 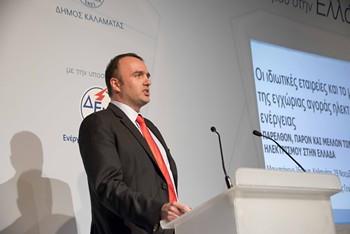 The speech of Deputy Director General HAIPP Dr. George Stamtsis was important. He referred to the distortions that continue ruling the electricity market, which in combination with the economic crisis and increased gas prices, have created a suffocating environment in the electric market. He noted that if Greece becomes an open and competitive market, it will result in an major terminal development in the region. The actual release of the electricity market in the country is one of the essential conditions of development. 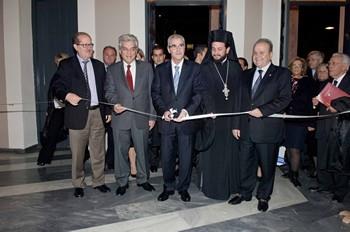 By the end of the Conference, all who attended, walked to the Municipal Cultural Centre of Kalamata, where the photo exhibition titled "PPC and electrification of Greece" was launched by Asimakis Papageorgiou, Deputy PECA in the presence of the Mayor of Kalamata Panagiotis Nikas, the Chairman of the Maniatakeion Foundation Dimitris Maniatakis, the President and CEO of PPC Arthouros Zervos, representatives of local government, public services, production grades etc. An exhibition of rare photographs, mostly unknown to the general public, depicting the painstaking effort of electrification of the country which had begun by the end of the 19th century. 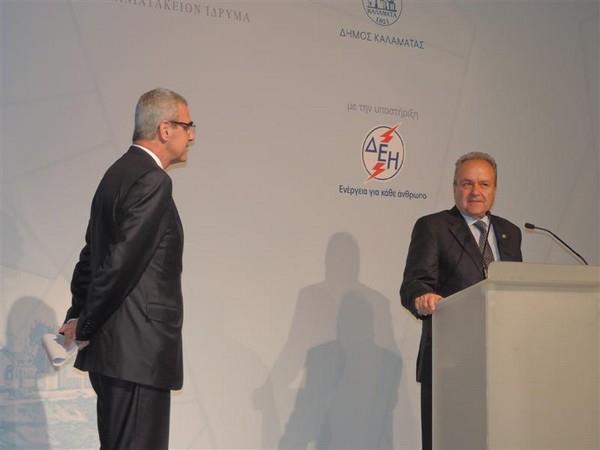 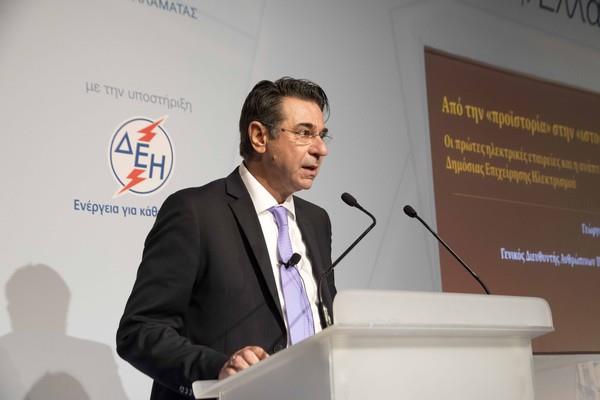 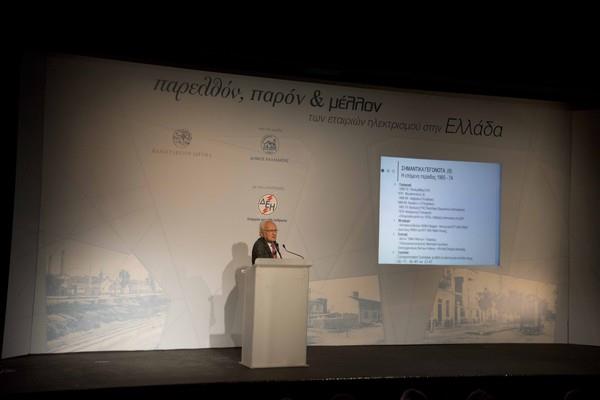 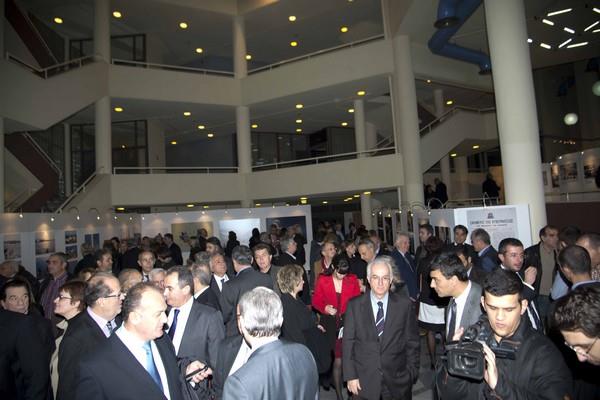 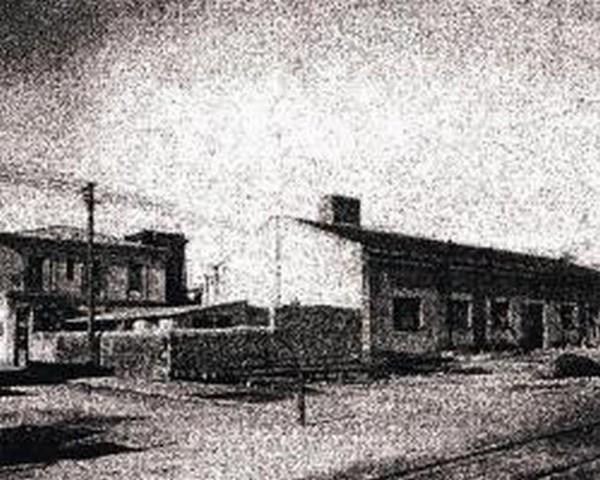