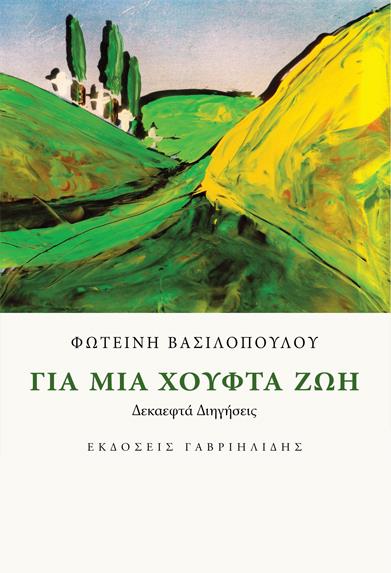 On Saturday, February 20, 2016, Fotini Vassilopoulou launched her book "For a handful of Life" at the Gavrilidis' edition premises.

The hall was packed with Fotini's fellow villagers who had come from Chrysokellaria and Kalamata as well as friends and acquaintances from Athens who attended the event.

Gregory Techlemetzis, novelist and editor of the magazine "Sisyphus" Anthoula Daniel, Dr. in Literature, writer and literary critic and the poet Sotiris Sarakis spoke about the novel.

The novel, dedicated to her hometown Chrysokellaria, consists of seventeen stories, each one relating various events of an acquaintance, friend or relative. The second story dedicated to Nikos Konstantopoulos, President of the Local Council of Chrysokellaria, hence the title of the book "For a handful of life" is characteristic.
The book is pleasant, carrying the reader through various places and events. But beyond being an easily read novel, the stories have an immediacy, an observation of human reactions that sometimes excite, makes one ponder or even cause laughter.

It is noteworthy that although Fotini Vassilopoulou studied English and Greek literature, she uses all along the text a characteristic home "dialect". Congratulations to the author, because as time goes by, local proverbial phrases, figures of speech and traditions of the country tend to disappear.

Congratulations Fotini and all the very best.