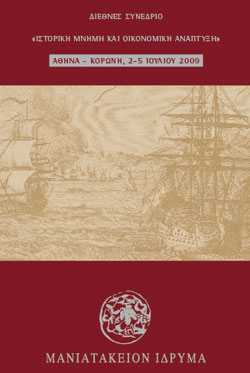 To mark the 800th anniversary from the signing of the Treaty of Sapienza (Sapienza being the island opposite Methoni) between the Franks and the Venetians in 1209 and the handing over of Koroni and Methoni to the Venetians for 300 years, the Maniatakeion Foundation, with the patronage of the Hellenic Parliament and the cooperation of the Embassies of Italy and France in Greece is organising an International Conference on:

- in Athens at the Old Parliament Building- National History Museum on Thursday 2 July 2009 at 19:30 hours &

The objective of the Conference is to highlight the impact of Venetian rule on the area and the potential for utilising the cultural heritage from the development of Hellenism over time as a lever for economic growth in times of economic crisis such as the present times.