The 40-hour Meduproject 2009 Summer School in Methoni ended on Friday 28 August. The Meduproject programme started back in 2000 and is financed by the University of Bologna and Minoan Lines. The Meduproject trademark is a statue of Isis from the museum of Ancient Messene. Programme publications are financed by the former Minister of Economy, Dimitris Koulourianos, the National Research Foundation and the University of Bologna.

Meduproject is an initiative of University of Bologna Professor, Andrea Nanetti, advisor to the Italian Ministry of Culture, and member of the Board of Directors of the Maniatakeion Foundation. Professor Andrea Nanetti is renowned for his research which focuses on the study of Venetian documents and chronicles associated with the history of the Mediterranean in the 13th to 15th centuries, and the study of the image of ancient Greece which existed in the later medieval and renaissance periods. Just some of his research findings have been presented between 1996 and 2009 in more than 70 talks in Italy, Greece, the USA, Russia, Turkey and Hungary.

The purpose of the Meduproject programme is to teach modern Greek and the medieval history of Messinia, coupled with courses in photography skills which are held at the archaeological sites in the wider area. The modern Greek classes are taught in Methoni and are among the best such university-level courses around. Since they are coupled with summer holidays, they transform the trip into a cultural journey. According to Prof. Nanetti, ‘knowledge of modern Greek today is a vital working tool not just for historians, archaeologists and others, but also for anyone who wants to go on holidays and at the same time learn the history of the area’.

The programme is organised by Meduproject S.r.l (Imola and Ravenna) and the Arethas Institute for Mediterranean Cultural Heritage Programmes, in collaboration with the Municipalities of Methoni and Koroni, the Messinia Prefectural Authority, the History and Palaeography Centre of the National Bank of Greece’s Cultural Foundation, and is under the aegis of the Faculty of Preservation of the Cultural Heritage / University of Bologna and the Faculty of Letters and Philosophy / Tor Vergata University of Rome.

This year the programme was attended by 15 students from Italy, Spain and Germany, and a total of 250 students have taken part since 2000. The students were accommodated at the camp site of the Municipality of Methoni and classes were held in the primary school. Teachers this year were Vasiliki Sipsa and Vivian Aivali. 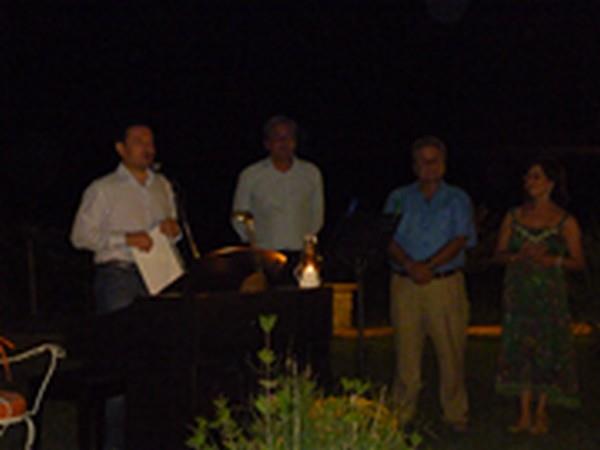