Delegation of the Maniatakeion Foundation in Singapore 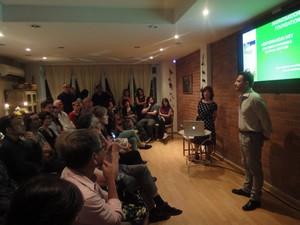 On Monday, February 17, Eleni Tagonidi Maniataki, Vice Chairwoman of the Maniatakeion Foundation, invited by Dr. CHUA Ai Lin, President of the Union of Cultural Heritage of Singapore, participated in the event "Mediterranean Diet: The Intangible Cultural Heritage of Humanity". The opening of the event was held by Prof. Andrea Nanetti, who having thoroughly studied the history of the area, spoke to the guests about the cultural heritage of Koroni and the wider region of Messinia. Then Εleni Tagonidi Maniataki taking the floor, initially presented the nutritional model as being synonymous to healthy eating and life longevity. She also referred to Ancel Keys' historical research of the "Seven Countries". She also spoke about the integration of the Mediterranean Diet in UNESCO'S world treasures of humanity and the contribution of the Maniatakeion Foundation regarding the proclamation of Koroni in the Emblematic Community for the Mediterranean Diet. She also referred to the books "Kalliyevston" and "Koroneiko Symposium: traditional recipes and customs of Koroni”, thus highlighting the Mediterranean gastronomy and what it stands for. In the end the guests tasted Greek delicacies at the Greek restaurant "Blu Kouzina" of the Messinian Dennis Tsakiris. 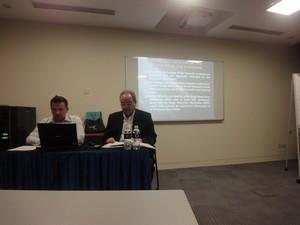 On Wednesday, February 19, Dimitris Maniatakis, Chairman of the Maniatakeion Foundation, participated in an international conference on " Crisis in the Eurozone" organized by the Nanyang Business School of Singapore in collaboration with CIMB (the 2nd largest bank in Asia). Dimitris Maniatakis in his speech "Experiences from the financial crisis in the Mediterranean countries in the Eurozone" presented an economic study from 2003 until today and explained how Mediterranean countries have reached the crisis. He mentioned the measures taken in Greece in order to overcome the crisis, the structural changes that are necessary and the investment opportunities available today in the fields of tourism, infrastructure and energy. He stressed upon the fact that now, after so many years, the current balance account is positive as well as the primary surplus. 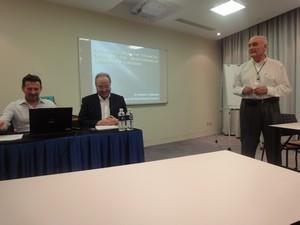 Professor Gunter Dufey in his speech on "Crisis in the Eurozone and its impact on Northern Europe" focused on fiscal support to countries facing economic crisis not only in Europe but wherever the IMF is called upon to undertake structural reforms. He said that excessive financial pressure can lead to uncontrolled intensity in the political system of countries in crisis, resulting in symptoms of political extremism, as it has already occurred in the past, in Europe as well as in Asia. 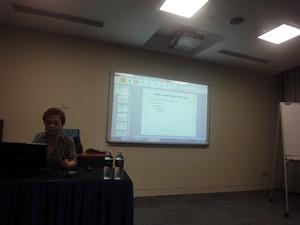 Professor Siriwan Chutikamoltham in her speech "The Euro-crisis and lessons for Asia," said the short-term impact on Asia because of the Eurozone crisis, was slightly negative. Asia had fewer exports to the EU, less investment and cash flows resulting from the expansion of the monetary policy in the West. As a result many Asian countries have experienced a slowdown in economic growth. However, she stressed that the long-term effect in Asia can be beneficial since the Eurozone crisis in Asia has given several valuable lessons: a)export-oriented policies of the past require a shift of focus in domestic demand and the strengthening the purchasing power of citizens, b)diversification of trading partners and seeking alternative markets, c)proper budgetary policy and determination of government debt to gross domestic product, and d) strengthening national competitiveness. 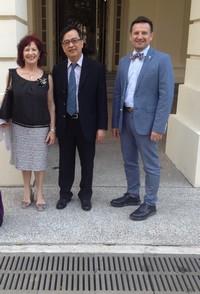 On Thursday, February 20, the Chairman and Vice Chairwoman of the Maniatakeion Foundation together with Professor Andrea Nanetti met Prof. Alan Kam-Leung Chan, Dean of the Department of Humanities and Social Sciences, Nanyang Technological University and discussed the proposal for a possible "marriage" of cultures between China and Greek culture in an international conference to be held in Koroni. They also discussed the possibility of setting up headquarters for the Greek language in Nanyang Technological University. 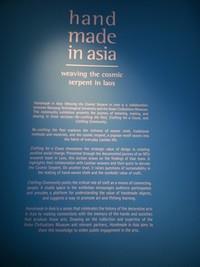 On the afternoon of the same day Chairman and Vice Chairwoman of the Maniatakeion Foundation visited the opening of the exhibition "Handmade from Asia: Weaving the cosmic serpent of Laos” at the Asian Civilizations Museum. There they encountered and had a few minutes talk) with H.E. Mr. Thongsing Thammavo, Prime Minister of the People's Democratic Republic of Laos.